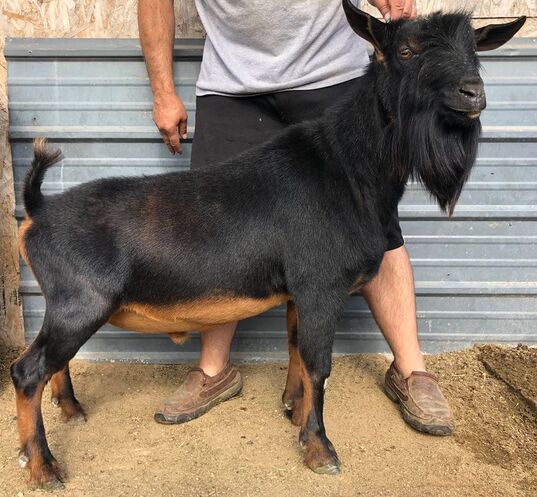 This guy is out of one of our top does.  It looks like he will remain here as a herd sire for quite some time in the future.  His doelings are consistantly amazing.  Uphill and flat rumps are what we have seen in his offspring.  He is the littermate of 2018 Spotlight doeling and sire of 2019 Colorama doeling.  Right out of the gate with his first year of doelings he has elavated our doeling to not only to get their jr champion legs, but also to be best jr doe in show.  6  best jr doe in show wins in 2019.  Great start on a big future.  We are excited to see mammary systems on these doelings.  Lets hope he give them one just like his mother.

Starting with a dam that is a Reserve National Champion with an LA score of 92 and a Sire that has done more for our herd than any buck we have ever had.  This guy is bound to be a sire to improve offspring. 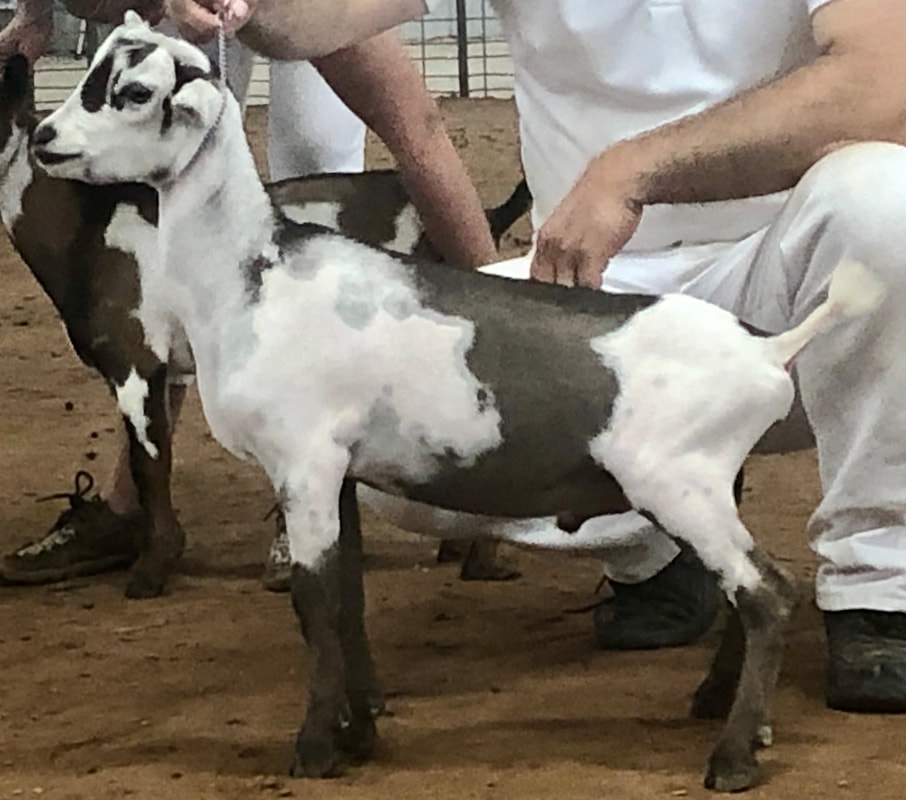 We have been wanting this guy for a long time.  His mother is one of the most amazing Nigerians we have ever seen.  Game Plan is line bred on her and should make a new outcome for our herd.

Semen Not Available Yet 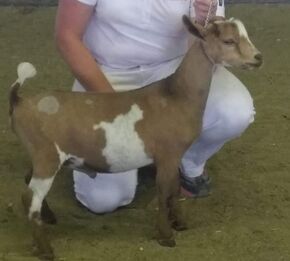 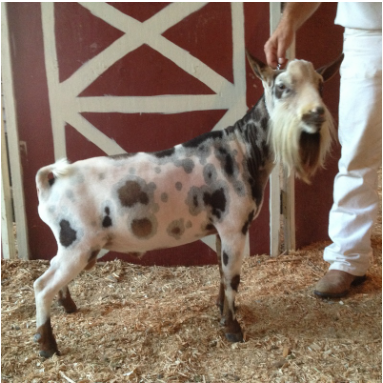 The son of our first foundation doe and foundation buck.  Stonewall Jackson is a showy buck that comes from great miking lines.  He has only been in the ring at one show and he cam home with a reserved grand champion as a yearling.  He are using him heavy in 2015 for many of our does and are hopping for great things. 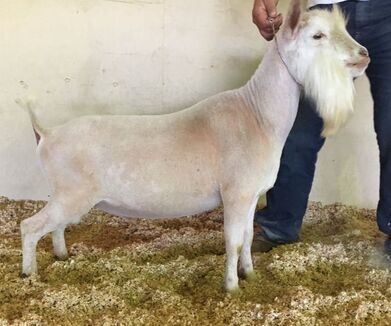 We are excited to see what he will do for our farm.  He is very dairy and standing on a wonderful set of feet and legs.  We hope his mothers udder comes through too. 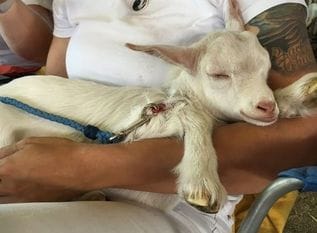 Bucky at his first show in Kennewick , WA.  He is still almost this cuddly. 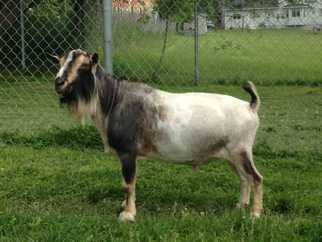 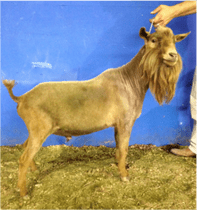 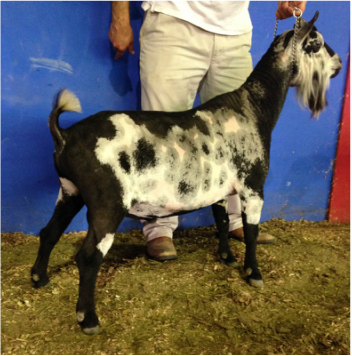 We saw Epics sister and knew that we wanted a chance to have that genetics in our herd.  Epic is a real charmer with those blue eyes and body capacity.  We have been very pleased with his offspring.  In 2016 Epic sired 2 doelings that not only won junior grand champion but junior best doeling of the show.  What a feet for a Nigerian.  He also sired a bucking that competed with the big boys winning Reserve Grand Champion under two diferent judges.